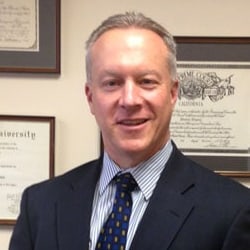 If you have been arrested for a misdemeanor or felony drug crime in Massachusetts, your first call must be to an experienced criminal defense lawyer. The attorney you hire will have a direct effect on how much exposure you will have to jail and how well your rights will be protected throughout the entire process. Stephen Neyman is a seasoned, aggressive Boston drug crime lawyer who will start working immediately to best represent you.

A person arrested for drug-related crimes looks to an aggressive, knowledgeable lawyer to assess the situation and execute a plan to get charges dismissed or reduced. Defense strategies vary and take into account matters leading up to the arrest and information obtained through investigation. The experienced criminal defense attorney will scrutinize the prosecution’s case and find weaknesses in their efforts to prove a charge such as Possession with Intent to Distribute and Distribution beyond a reasonable doubt. In the event a person is facing federal drug crime charges, a lawyer with a deep understanding of federal rules and various defenses is vital.

While recent efforts toward decriminalization of certain drug crimes have resulted in meaningful reform, possession charges for controlled substances can still result in steep fines or imprisonment in the event of a first offense. Possession of Heroin, synthetic opioids such as Fentanyl, and other Class A controlled substances carry more severe penalties, whether a first offense or not. An experienced Boston drug crime attorney with in-depth knowledge of criminal statutes can assist the person charged with a first offense and be the difference between time in jail versus getting a case dismissed and arrest records sealed.

Drug Possession With Intent to Sell and Distribution

Quantity and packaging of substances and other evidence found can lead law enforcement officers to suspect that the drugs before them are not simply for personal use. An experienced attorney can often exploit weaknesses in the case brought forth by the prosecutor and get this charge reduced. Depending upon the circumstances leading up to the arrest, it may be possible to get charges dismissed entirely. In some instances, mandatory minimum sentences have been abolished for repeat offenders, but the maximum sentences, depending upon the drug class in question, can be considerable. A seasoned lawyer will find out why the charge was made as part of their investigation.

Intentionally manufacturing or distributing controlled substances can result in drug trafficking charges. A person caught bringing sufficient quantities of a controlled substance into the state can be charged with drug trafficking, even in instances in which there was no intent to distribute. Whether a person is charged with trafficking marijuana, cocaine, or a Class A substance such as heroin, much depends upon the quantity of the substance found in the person’s possession at the time of arrest, evidence of drug distribution equipment, and/or presence of large amounts of cash. A person charged with trafficking should contact a drug crime lawyer in Boston prior to giving a statement to law enforcement officials.

In addition to equipment associated with various ways of ingesting illegal substances, the list of items that could be labeled paraphernalia as part of a drug-related crime may include equipment associated with growing, producing, testing, weighing, packaging, compounding, or storing an illegal substance. A search by authorities may yield equipment and supplies that a prosecutor could use to build a case for possession of drug paraphernalia, even if the substance found was not for resale, so going over the details of the situation a person finds themselves in with a skillful attorney is a must in the event of a drug-related arrest.

A person caught up in a drug bust involving counterfeit substances must also be concerned about the nature of the other charges they are facing. A first offense, for instance, may seem like a formality, but the offender still needs a savvy attorney with a thorough understanding of the law on their side if they are to have a chance at a possible dismissal or reduced charge. If a person is convicted, they can face fines or imprisonment, or both. A skillful lawyer can delve into the details surrounding the arrest and use the law to their advantage for their client.

Laws on the books in Massachusetts that address activities of minors in association with drugs include causing, inducing, or abetting a minor to distribute or sell controlled substances and the unlawful distribution of controlled substances to minors. Whether a person is a minor or an adult involved with a minor in drug-related activities, sentences for those convicted of such crimes are strictly enforced, so it behooves a person who finds themselves in this situation to contact an experienced drug crime attorney in Boston as soon as possible to begin the process of building a credible defense.

Drug-related crimes that carry enhanced sentences if committed in a school zone include, but are not limited to, possession with intent to distribute or distribution, possession with intent to distribute to minors, and possession of drug paraphernalia. Charges can vary, depending upon a number of factors, including the time of day the offense occurred, whether violence or the threat of violence played a role, or if firearms were involved. Punishment and fines for individuals convicted of drug crimes in school zones can be significant. A conversation with a skilled criminal defense attorney prior to speaking with law enforcement is crucial.

A person facing charges of conspiracy in conjunction with drug crimes needs an advocate ready to roll up their sleeves to find out the true nature of the circumstances of a crime that law enforcement officers may not be able to piece together given time and resource constraints. A first-time offender in the wrong place at the wrong time is in need of skilled counsel just as much as the person with a prior felony conviction. Depending upon the situation, a savvy attorney may be able to get charges reduced for a client with a record or dismissed altogether for a person with no connection to a criminal matter.

A person facing an indictment for federal drug charges brought by agencies including the Drug Enforcement Administration (DEA), Federal Bureau of Investigation (FBI), and the Bureau of Alcohol, Tobacco, Firearms and Explosives (ATF) is best served by a defense attorney with a working knowledge of how these cases are prosecuted. A seasoned Boston drug crime lawyer with a thorough understanding of criminal law can look for opportunities to get charges reduced, challenge aspects of the arrest, and use their knowledge of United States Sentencing Guidelines for the benefit of the client.

The Law Offices of Stephen Neyman handles cases throughout Massachusetts including, but not limited to Essex County, Middlesex County, Norfolk County, and Plymouth County. The firm also services all of the towns and cities in Massachusetts, including Brockton, Haverhill, Lynn, Lawrence, Lowell, Quincy, and Salem.